What you don't know about Amedeo Modigliani 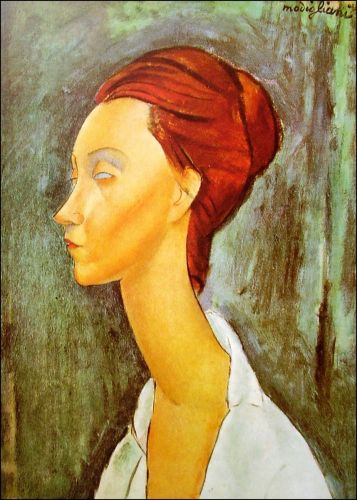 Amedeo Modigliani was one of the most important painters of the twentieth century and his works today are worth a heritage, but not everyone knows some curiosities about the life and works of the cursed artist.

Curiosities about the birth of Modigliani

A first curiosity about the life of Amedeo Modigliani concerns the moment of his birth. Almost everyone knows that the artist was born in Livorno on July 12, 1884 from a French mother and an Italian father, but few know that the artist came into the world while there were tax collectors at home. At that time the debt collectors could not take away what was on the bed of a mother who was giving birth to her baby, so Amedeo came to light in the middle of various things that the family had piled up on his mother's bed.

When Amedeo was born, his family had gone into ruin after the bankruptcy of the company that his father owned, so in order to protect the most precious assets that were left and to prevent the tax collectors from taking everything away, the family members had put everything on the giving birth mother's bed.

He was very quick to make the portraits

A curiosity about the artist's work lies in the fact that he was able to make portraits very quickly. Apparently, he only needed two sessions to finish a portrait and they say that he never retouched his work.

The first solo exhibition ended the day after its presentation

Despite the critical acclaim on his side, the gallery where Amedeo Modigliani organized his first solo exhibition was closed the day after the presentation because his works were considered an outrage to the public modesty. Especially his nudes were considered scandalous.

Amedeo Modigliani's paintings are famous above all for the long necks of his subjects and for the almost non-existent looks. In fact, the painter hardly ever painted eyes. It was his personal choice, a way in which he tried to represent the introspection of his subjects. Even when he painted the portrait of his painter friend Léopold Survage, the artist avoided painting his friend's eyes as they really were. Looking at the portrait you can see Survage who has a healthy eye and a blinded one. When the friend asked Amedeo why he had painted him so, the artist from Livorno answered him that in this way with one eye he could look at the world while with the other he could look inside himself.

He was an agitated spirit

It is well known that Amedeo Modigliani, despite his illness, was a great drinker and a person who abused drugs of all kinds, but not everyone knows that he was often very agitated and sometimes even violent. It is said that once he even had a fight with Utrillo, a friend with whom he got drunk and with whom he was found the next morning, while they were sleeping hugged on a sidewalk. What was the fight about? To decide who was the best painter between the two of them.