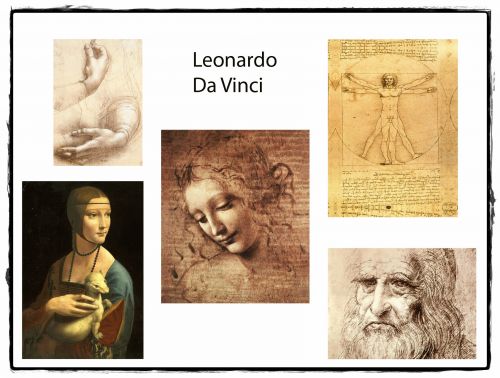 Dan Brown’s bestsellers have raised many assumptions which were regularly denied by science, but after "The Da Vinci Code" the esoteric tendencies have been unleashed and this time it was raised, as never before, a topic already discussed in the past, namely the doubts of those who claim that Leonardo was a heretic and that this can be demonstrated through his work "Il Cenacolo", a masterpiece also known as "The Last Supper", created by Leonardo da Vinci between 1494 and 1498.

The Tuscan genius, 500 years after his death, is "accused" once again of being a heretic and this thesis is based on some aspects that according to some are not simple randomness. The resemblance between Mary Magdalene and John is one of the things brought up and according to the supporters of the thesis that sees Leonardo as a heretic means that the artist believed in the alleged union between Magdalene and Jesus; this hypothesis has been already denied by science, as based on unreliable and invented information.

Even the effeminate aspect of Giovanni is pulled in to support this thesis, but once again the scholars of this field have declared that it is actually a very common style in medieval and even Renaissance paintings, especially when the subject is the Last Supper.

Even the knife, which according to some was held by a phantom hand, was a presumed proof of Leonardo's heresy, but following the last restoration of the work that lasted more than 20 years and which ended in 1999, it turned out that the knife belonged to Peter and that it is a very precise scene, inspired by the Gospel.

Finally, the last episode targeted concerns the absence of the chalice and the Eucharist. Once again, those who claim that Leonardo was a heretic and that in reality the general confusion represented was due to the fact that Jesus announced that Magdalene would be his successor was denied, as not only does the work refer to an episode that takes place before the consecration of bread and wine, or the part where Jesus announces that someone will betray him.

Basically, all the theses that affirm the fact that Leonardo was a heretic have been dismantled once again, leaving very little space at this point to these hypotheses and disassembling the version supported in the book by Dan Brown, the successful American writer.

As for the famous work used as evidence to argue that Leonardo was a heretic, it is located at the Refectory of the convent of Santa Maria delle Grazie, in Milan.

This is just one of the many hypotheses concerning Leonardo’s life. Other theses continue to be much discussed, such as the fact that he may not have been 100% Italian but born from an extra conjugal relationship between his mother, who was a slave of Oriental origin converted to Catholicism and a highly respectable notary who also served the Medici. A legend says that it was the Napoleonic who brought the Mona Lisa to France. There are many legends and inventions about him and concerning his works, theses of all kinds that in most cases are denied.