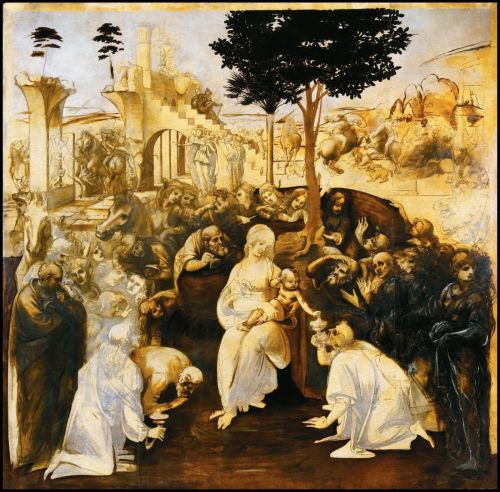 Among the many works of art in the museums, in addition to the finished works there are also many unfinished masterpieces, made by famous artists. One of these is Leonardo da Vinci. In fact, at the Uffizi in Florence is kept "the Adoration of the Magi", work begun in 1481, intended for the monastery of San Donato in Scopeto, a work that has remained unfinished, but which still has an inestimable value.

In music, too, there is no shortage of unfinished masterpieces, and undoubtedly one of the most famous works that has not been completed is Schubert's eighth symphony; the composer has managed to write only two complete movements, but despite it being an unfinished work, according to many musicologists, the unfinished work of Schubert is actually already so perfect. It is a work that Franz Schubert began at the age of 25.

Remaining on the theme of music, we also find the Messa da Requiem K626 in D minor that has remained unfinished, a masterpiece by Mozart that was composed shortly before the composer died. As it often happens, according to many scholars, this work was being written by Mozart for himself, but according to other critics and scholars, the unfinished masterpiece had been commissioned by a sick man who had fallen into disgrace.

Returning to the paintings we cannot avoid mentioning the artist Gilbert Stuart, known for having executed more than 100 portraits of George Washington, but who left one unfinished, becoming the most famous portrait of Washington, kept at the University of Boston. This portrait of the first President of the United States was started in 1796 and, despite being an unfinished masterpiece, has become one of the icons of American art, made in more than 75 replicas.

Klimt is also one of the artists who left masterpieces unfinished. We are talking about the "Portrait of Ria Munk number lll", a work commissioned by the Munk family to the Viennese painter, who had to make a portrait of the dying daughter of the Munk couple, sold in 2010 for 27 million dollars, although it is not a finished work. The painting shows Gustav Klimt's way of working, his spontaneity and this is one of the most modern female portraits of the Viennese artist.

In the ranking of unfinished masterpieces, we also find Michelangelo, with his sculpture that still divides many critics today. It is a male figure who for some is David while for others is Apollo, a work that Michelangelo began in 1530, for the governor of Florence of that time, Baccio Valori, but it was never completed. Currently the sculpture is kept at the Bargello Museum, in the Tuscan capital.

Finally, among the unfinished masterpieces there are also many books, famous works such as the Mystery of Edwin Drood written by Dickens, America by Franz Kafka and other writings that despite being left unfinished are considered the same as masterpieces not to be missed.

In conclusion, we can say that the great artists, even through numerous unfinished masterpieces, have managed to leave us priceless works, where all the maturity, style, passion, spontaneity and soul of the artist shines through, regardless of the art form that the author dealt with.