The Renaissance and its main exponents 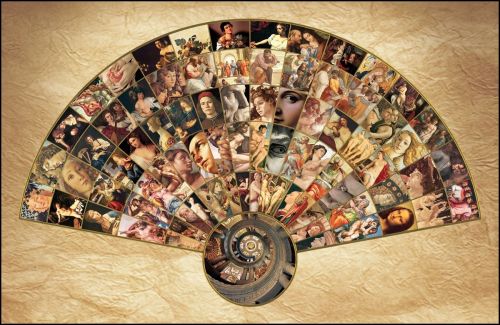 Born in Italy in the 14th century, the Renaissance is an artistic movement that is considered the bridge between the Middle Ages and the Modern Era.

Aspects that characterized the Renaissance

The Renaissance mainly has its roots in Humanism as it deepened some key themes of this period: the affirmation of man as the creator of his own fate and the enhancement of the Roman and Greek classics.

The term "Renaissance" highlights the rebirth of literature, philosophy and art in general, after the darker years of the previous period, the Middle Ages.

Born in a period of great fervour and upheaval, the Renaissance also spread to other European countries: France, Belgium, Germany, The Netherlands, etc.

In Italy, the cradle of the Renaissance is Florence, thanks also to two prominent figures: Cosimo de' Medici and Lorenzo de' Medici, also known as "The Magnificent". Both important politicians of their time and lovers of culture, the two men played a fundamental role during the birth of this movement. Thanks to their commitment and support, the Renaissance artists had the opportunity and means to express themselves freely and to dedicate themselves to art, an aspect that made Florence a real point of reference for the most important artists of the time.

The apex of this artistic movement was reached between 1490 and 1530, that is to say, in the period in which three great artists established themselves like no other before. We are talking about Leonardo, Raffaello and Michelangelo, three personalities who perfectly expressed the ideal of the universal man, that is, the man who is able to contemplate all areas of knowledge. Their influence on the art world was so strong that the artists who came later gave life to a movement called "Mannerism", which translates as "in the manner of...", referring precisely to the style of the three great artists mentioned above.

Florence is definitely one of the cities that hosts the largest number of Renaissance works, but also Rome, Ferrara, Urbino, Pistoia, Mantua and other Italian cities are full of masterpieces by artists such as Michelangelo, Raffaello, Botticelli and other artists. Filippo Brunelleschi, Paolo Uccello, Piero della Francesca, Donatello and Masaccio are just some of the most important names who created masterpieces of inestimable beauty during the Renaissance, but also abroad there are many outstanding names. Especially in Belgium and the Netherlands this artistic movement had several exponents. Albrecht Durer, Jan van Eyck, Pieter Bruguel and Hans Memling are among the pioneers of the Northern European Renaissance.

As for the Renaissance masterpieces, we would like to mention just a few, among the most magnificent and well-known, which every year attract millions of visitors from all over the world: Michelangelo's David, the Sistine Chapel created by Michelangelo, Raffaello's School of Athens, Botticelli's Birth of Venus, Leonardo’s Mona Lisa, which is kept in the Louvre in Paris, Sandro Botticelli's Spring, a work kept in the Uffizi Gallery in Florence.