The protagonists of German Expressionism 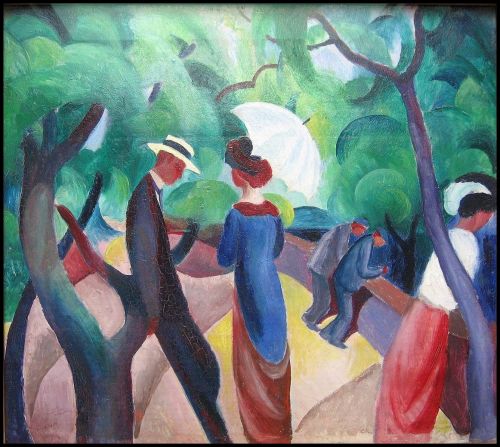 The beginning of the 20th century was a period in which Germany strongly influenced international painting. During that period a new artistic current was born, Expressionism, a style characterized by a strong chromatic accentuation and incisiveness.

Especially the first years of the 20th century were very fertile for this artistic current and the style of the painters belonging to this movement, through their canvases so different from the previous artistic movements, aimed at expressing a certain unease of civilization. Later, given the turbulent period due to the First World War, many Impressionists partly modified their style, becoming more realistic.

What the Expressionists depicted

Initially, German expressionist painters represented street life, the metropolis and common subjects in their works. The artists tried to depict the loneliness of individuals, immorality and to convey their perceptions they used a strong, acid chromatic range, able to attract the attention of the observer and to stimulate him towards a strong reflection.

Things changed during and after the First World War, when many German expressionists enlisted and experienced the horrors of those years. Although initially many artists were driven to fight because they were enthusiastic, many changed their minds seeing the effects of the conflict and their canvases also underwent great changes. Not only that, many artists stopped painting after seeing the disasters caused by the war, while others were inspired by these events and were literally obsessed by what they had seen. Thus, the subjects and the various situations represented have become increasingly brutal, harsh and even horrifying.

Who were the pioneers of German Expressionism:

Munich, Dresden, Vienna and Berlin were the most active cities during the birth of this movement, also during this period several groups were created: Der blaue Reiter and Die Brücke. We are talking about groups that have also attracted the attention of other internationally renowned foreign names such as Wassily Kandinsky and Alexej von Jawlensky.

The most important expressionist works:

- Portrait of a Woman by Ernst Ludwig Kirchner, painted in 1911.

The works created by the German Expressionists, especially at the beginning of the movement, were often neither accepted nor understood; on the contrary, the people who looked at these canvases often did not understand the deformations in the paintings and believed that they were simple caricatures.

Considering that this artistic current was born at a time when people were influenced by the harmonious works of the Impressionists, it was not easy for these painters to convey their art, but their desire to go beyond outer beauty and harmony was stronger than the canons imposed by society.