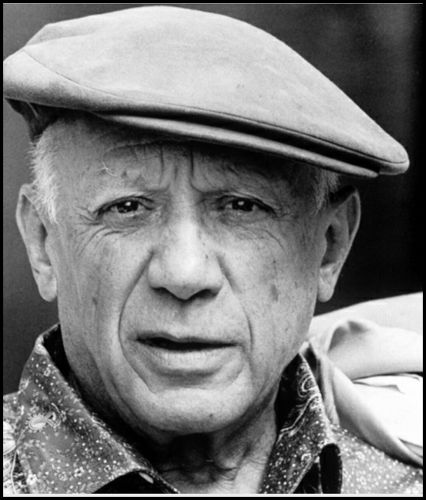 The extravagant and decidedly peculiar character of the great artist Pablo Picasso is no secret, but his eccentric and controversial personality seems to have been a "torture" for the women of his life, especially for Dora Maar, lover and muse of the painter who, after meeting the artist, radically changed her life. In fact, if before she was a politically and socially committed artist, after meeting Picasso she lived only in the shadow of Pablo, as well as all the other women in the life of the painter.

Henriette Theodora Markovitch was the real name of Dora Maar, she was known both as a photographer and as a very successful model; until she met Picasso, the great love of her life, she stood out for her political and social commitment.

It was Paul Éluard, poet and friend of Picasso, who introduced the latter to Dora Maar, who was having a coffee just a few tables away from them; from that day a relationship was born between the two. It took away so much from Dora, much more than she received from that morbid, sick love, the result above all of the extravagant and dangerous ideas of Picasso, who considered women "machines born to suffer" and who enjoyed bringing together his lovers, creating havoc and fights between the women of his life.

In fact, he himself declared that one of the most beautiful days of his life was when his wife Marie Thérèse Walter (mother of Maya, daughter of Pablo Picasso) and Dora Maar met, and they started a fight. For the painter it was normal to make "his women" suffer, to be desired and to create embarrassing situations to the point of causing irreversible and destructive reactions in his lovers.

Just think of another lover named Jacqueline Roque who shot herself in the temple, or his own wife Marie Thérèse who eventually hanged herself. As usual, even Dora was left by Picasso, after 9 years of relationship in which the woman has suffered and begged for the painter’s attentions; she has not gone much better than the other women who had preceded her, because after the separation from the artist, that took place when the latter met another younger woman, Dora Maar began to show several violent nerve crises, to suffer from depression and to isolate herself until the end of her days, until she died in 1997, in Paris, in her nineties. It was Dora herself who declared that only she knew who Pablo Picasso really was, defining the artist as an instrument of death, as an illness and indeed, considering how the women of his life reacted, it is not difficult to imagine the artist in his private life. The only one to "save" herself from such an end was his last official lover, Gilot, who decided to leave the painter in time and there is no news about any psychological trauma due to the relationship with Pablo Picasso.