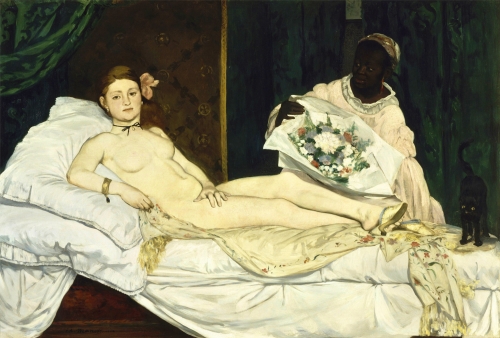 Considered the greatest exponent of Pre-Impressionist painting, Edouard Manet was a French artist who was born in Paris on 23 January1832 and died in the same city on 30 April 1883.

Among the numerous works created by Manet there is"Olympia", a painting that caused a great deal of controversy when the painter exhibited it at the Salon in 1865.

This painting by Edouard Manet depicts a famous Parisian prostitute named Olympia, who is shown totally naked on an unmade bed, looking at the viewer. She has slippers on her feet, a bracelet on her wrist and a lace around her neck, and she assumes a pose similar to that of Venus lying down. Critics were extremely harsh on this painting, even though the artist had taken his cue from Giorgione's and Titian's 16th century Lying Venus.

In the painting, the woman is shown with a flower in her hair and with her left hand covering her intimate part, while next to the woman we can see a maid handing Olympia a bouquet of flowers, perhaps a gift received from a client standing behind the curtain, waiting to be received by the girl.

A peculiarity of this painting is the choice of colours. This time the artist has used a different technique from his usual one, this time he wanted to make a break with the past. Black and white dominate the scene and often the overexposure of the same tones creates a certain ambiguity that makes the painting difficult to observe at first glance.

The background is dark and both the cat at the woman's feet and the maid's head seem to be lost in the painting. Moreover, the black cat is probably a symbol used by the artist to indicate the woman's sinful work.

In any case, through this painting Edouard Manet reworked and upset the classic theme of the female nude, without any compromise.

Although other artists had already painted nudes, Manet was the first to portray a naked woman without taking into account classical techniques but showing the raw reality of a contemporary subject without mystifying it.  Venus was no longer represented as before, but as a prostitute who, with her gaze, seems to want to challenge the spectator; this representation shocked the critics and the society of the time; they were really upset in front of the total lack of modesty, the profanation of the idea of the ideal nude.

However, there was one prominent figure who supported Manet during this period, Emile Zola, a French writer who wrote a text in a magazine of the time to defend Edouard Manet. To thank Zola, in 1868 he painteda portrait of the writer in which a print of Olympia can be seen behind him.

An anti-conformist and realist, Manet always painted according to his own preferences and even before Olympia he had produced a painting that caused a scandal among Parisian society of the time:"Breakfast on the Grass". 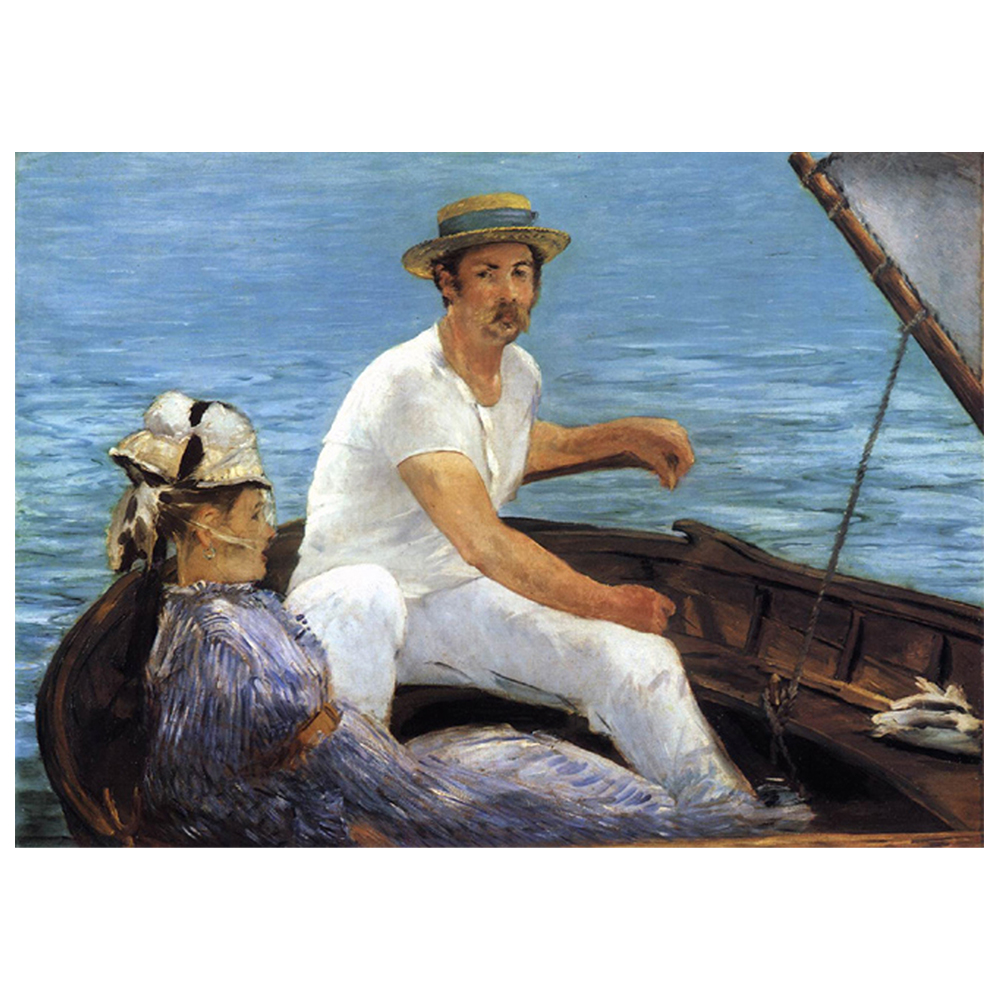 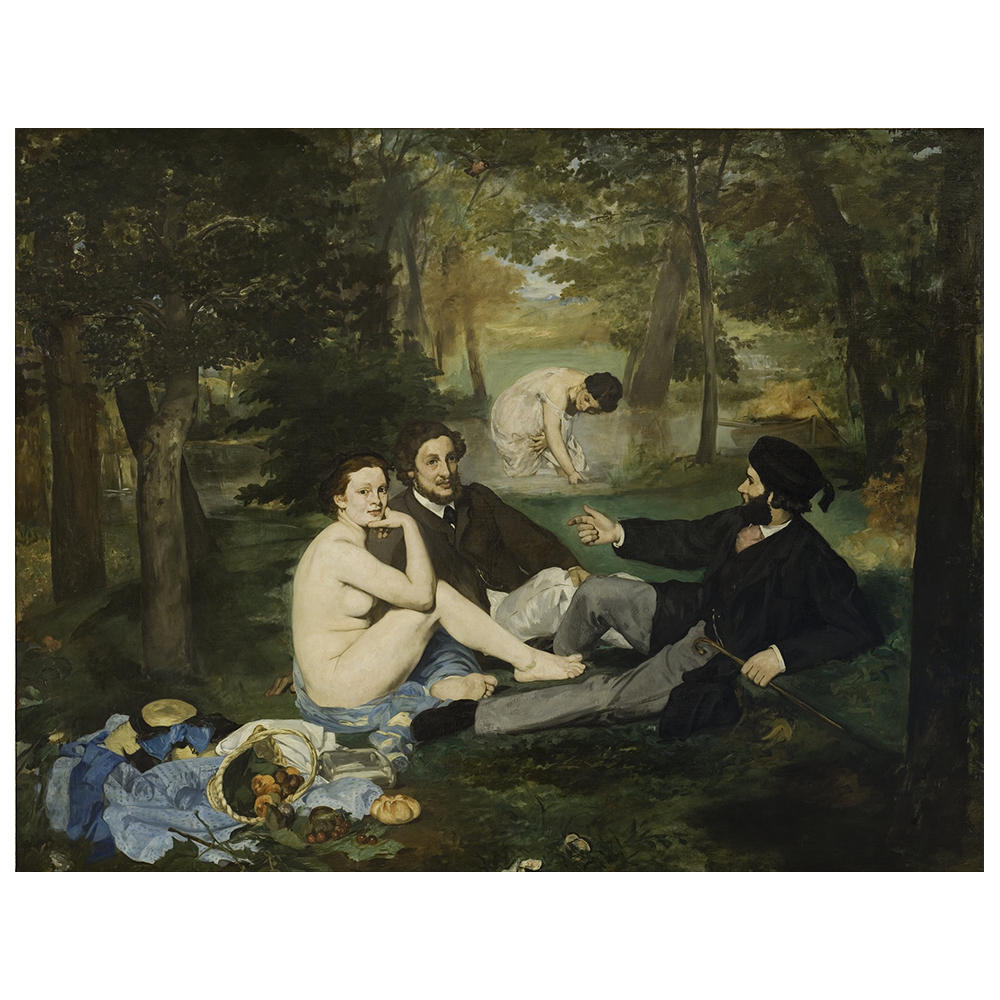