Jan Vermeer: the master of light 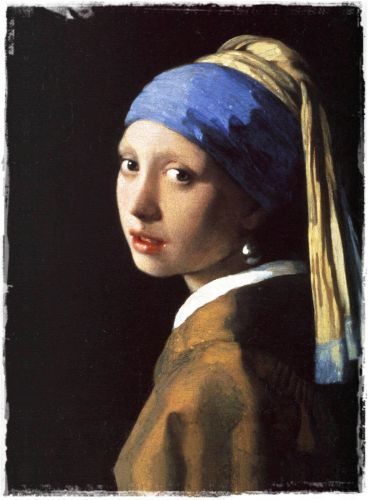 At the registry office named Johannes Vermeer, Jan Vermeer was a Dutch painter, best known for his work "Girl with a Pearl Earring". Born in Delft in 1632, where he lived and worked all his life, the Dutch artist, despite being an art dealer like his father, considered himself above all a painter.

Although he did not live long (he died in 1675), Jan Vermeer had 11 children, whom he could support thanks to the paintings he sold, although, given the technique he used, it took him a long time to make a painting, so he could not make more than three paintings a year.

Pictorial preferences and the most famous works

Jan Vermeer is one of the famous painters who has made fewer paintings in his life: only 45 paintings, of which there are only 35 to date. During his short life the Dutch artist and his works were not particularly appreciated, but today his paintings are priceless and the most famous painting "The Girl with a Pearl Earring" is also called the "Mona Lisa of the North", a work that has inspired many writers, painters and even directors in Hollywood.

In his works the most common colours are yellow and blue, but it is because of his technique that the painter is so appreciated, in fact, besides paying particular attention to light, the artist created a careful chromatic balance while using the technique of dotted colour that gave prominence to the subjects.

Almost all of Jan Vermeer's works portray subjects who are intent on performing daily actions such as pouring milk, reading, studying, giving a lesson, doing a job and other similar things, so most of the paintings are made in a closed environment. In fact, it seems that only a couple of views are represented in two paintings, namely "View of Delft" and "The narrow road".

Among his most famous paintings, in addition to "The Girl with a Pearl Earring" (or "Girl with a Turban") we remember "The Milk Maker" and "The Lacemaker" all rich in yellow and blue tones, made starting from the strict rules of Flemish and Dutch painting to which Vermeer adds a personal touch that makes everything more natural.

The works of Jan Vermeer: where to see them

Visiting the Vermeer Centrum Delft is the ideal way to learn more about this Dutch artist, the history behind his works and his mentor, while his most famous painting, "Girl with a Pearl Earring" is exhibited at The Mauritshuis, the Royal Picture Gallery in The Hague. The collection of the Rijksmuseum in Amsterdam houses other works by Jan Vermeer, including "The Milk Maker".

Innovative for the time he lived, particularly attentive and scrupulous during the execution of his works, Jan Vermeer was one of the most famous Dutch painters, although, as it often happened to other artists, he died in misery too, as his works were not particularly appreciated while he was alive, he was also overwhelmed by debts and his death left his wife and children (5 of the 11 children would die at a young age) in very poor economic conditions.