Francisco Goya: life and works of one of the most important Spanish artists 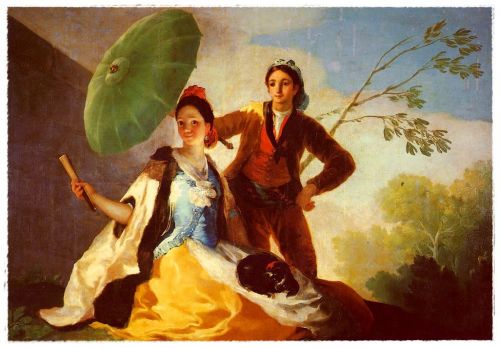 Francisco José de Goya y Lucientes, who was born in Fuendetodos on 30th March 1746 and died in Bordeaux on 16th April 1828, was a Spanish painter and an engraver. Thanks to his works, in which the drama of human existence is portrayed in a particularly realistic manner, capable of striking the viewer in an almost violent way, Goya is considered one of the most important artists of the 18th and 19th centuries.

His career began in 1763, when he decided to join the brothers Ramón and Francisco Bayeu Y Subias, where he also met his wife Josefa, sister of his partners, whom he married in 1773 and who was pregnant 20 times, but only one of the children reached adulthood.

As early as 1774 Francisco Goya entered the Spanish court, where he worked on tapestries in the royal family's tapestry workshops and the paintings he made during the first years of his career were characterized by a clearly visible touch of light-heartedness and joy, as can be seen for example in his work called "The Parasol", made in 1777 and in which the rococo style, which was very popular at the time, clearly emerged.

Francisco Goya was later named the "first court painter", but if his life had so far escalated considerably, two episodes would soon mark his existence: the total loss of hearing in 1792, following a serious illness from which he almost miraculously saved himself, and the invasion of Spain by French troops, which would leave an indelible psychological mark on the painter.

From then on, his works became much darker, the colours were no longer bright, but dark, except in some paintings such as the "Maya Desnuda", a canvas on display at the Prado Museum in Madrid. The loss of hearing and the horrors that occurred during the war forever changed the attitude of the artist towards painting, although he enjoyed many benefits from the new king. Evidence of the effects of the war on Goya can be found in his work "3 May 1808" (which can be visited at the Prado Museum, in Madrid) or in the series of engravings known as "The Disasters of War".

At almost 70 years old, Francisco Goya decided to leave the court and retire to the countryside, on the outskirts of Madrid, where he bought a house away from everyone, a house known as "the country house of the deaf". Here he lets out his demons, he paints the walls with "The Black Paintings", giving life, among other things, to the work "Saturn devouring his children" and then he opposes the decisions taken by Fernando, the new Spanish king, and he voluntarily decides to go into exile, moving to France, to Bordeaux, accompanied by his lover, and housekeeper Leocadia Weiss and where he died in 1828.