5 curiosities about some of the most famous works of art 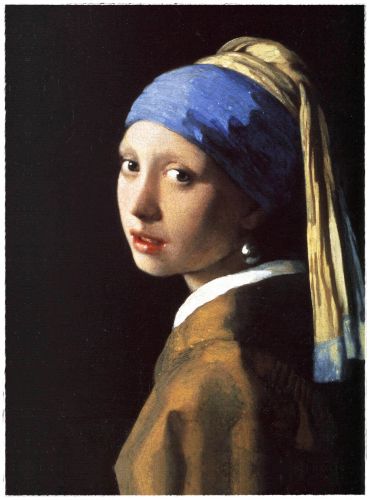 The most famous works of art, even if they are often very ancient, are always the object of study and over the years, researchers have always given us different curiosities about the artists who created the paintings, sculptures and other most famous works in the world. Here are some interesting facts, not to be missed:

It is still quite common to believe that the woman with the mysterious look represented in Leonardo's Mona Lisa is actually the portrait of the Florentine artist. In fact, the name of the young woman portrayed is Lisa Gherardini, wife of a silk merchant who commissioned Leonardo to paint the work in question.

By now almost all art lovers know that Leonardo, during the creation of the fresco in which he illustrated "The Last Supper", tried different painting techniques and that he used different materials which, unfortunately, have not been very resistant over time. In fact, the work of the Florentine genius has undergone several restorations, but what is little known is the fact that the artist had also painted the feet of Jesus, a detail that was deleted in 1652 during some restoration work. This modification was necessary in order to create a door that was fundamental for the friars of the convent.

We know that the David was created by Michelangelo in 1504, but what is not well known to most is that the marble slab used by the artist to create this masterpiece was cut 43 years earlier. In reality, the slab was initially used to make a statue of Hercules, a project that was later abandoned, then passed into the hands of another artist named Antonio Rossellino who, however, found the slab too difficult to work with and then abandoned his work. Only later did the marble slab reach the hands of Michelangelo Buonarroti who created the David.

4) There are 5 other versions of Munch's Scream

The Scream by Munch is one of the most important works of the Norwegian artist, but there are 5 copies of this work, all different. The first two versions were made using pastels and tempera on cardboard and are now kept at the National Gallery in Oslo. The third version was created with pastels, while the fourth version is part of a private collection. Finally, the fifth copy is perhaps the best known, as it is kept at the Munch Museum, where it was stolen in 2004 and then recovered in 2006.

5) In Vermeer's painting "The girl with the pearl earring", the woman represented was the artist's daughter

Who was Mona Lisa has been a topic of discussion for decades and now we know that it was a woman belonging to a noble family, but over time another mystery was unveiled, namely who was really "The girl with the pearl earring" represented in the illustrious painting by Johannes Vermeer. She is the daughter of the Dutch painter.