Van Gogh: Impressionist but not too much 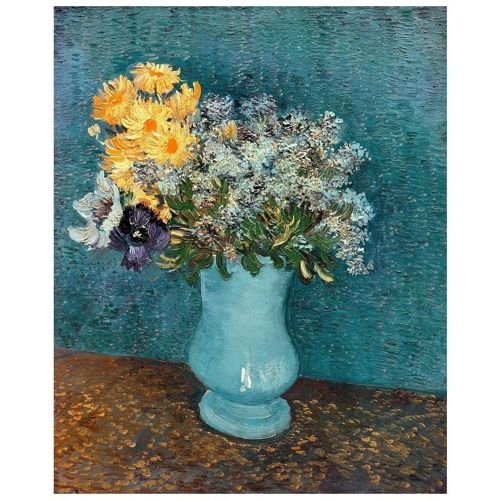 One of the most frequently asked questions from those who admire Vincent Van Gogh's paintings is about the painting style of this extraordinary artist. Some critics call him Impressionist, others post-Impressionist while others say he is an Expressionist, but which category did he really belong to?

The mysterious, melancholic and at times gloomy character of this Dutch painter undoubtedly influenced his art considerably. His works differ from most of the works of the Impressionists and also from those of the "pure" Impressionists, which is why it is wrong to include this artist in one of the currents mentioned above.

In fact, although he lived in the era when Impressionism was in vogue and he admired many of his colleagues belonging to this current, from the Impressionist style he took only the palette full of warm and bright colours. He loved the warm shades used by the Impressionists, while he did not appreciate the approximate and little drawing method of these artists, as he belonged to a more gloomy style, strongly anchored to the values of the past; moreover he believed that drawing was fundamental, unlike the Impressionists who gave less importance to this aspect.

However, while before the discovery of the luminous colours used by the Impressionists he used darker shades, in Paris he approached this current which was very much in vogue at the time and began to use bright colours in his work, especially during his stay in Provence, a region rich in light.

During this period, he changed his style in terms of colour, but unlike his impressionist colleagues, he did not paint in a realistic way. His paintings are unrealistic, as in addition to "seeing" he "feels" and conveys his emotions in any painting, often forcing and bending reality to his expressive desire. Thus, every landscape or portrait takes on subjective and not only objective characteristics.

Van Gogh is not satisfied, he seeks his true style, he changes his art, in his works he wants uniqueness and to constantly influence the changes in his pictorial style there is his character, introspection, values and events of the various moments of his life.

His palette is still changing, it becomes more intense and its colours are even more intense than those used by the Impressionists. His works show a non-naturalist will, he does not focus on fleeting moments like his impressionist colleagues and unwittingly in a way he anticipates post-impressionism. The nervous brushstrokes, the fidelity to the drawings, the important chromatic marking, the graphic design, the underlining through the contour lines and the completed hatches bring the painter's style closer to Expressionism. In fact, his painting had a considerable influence on Fauvism and German Expressionism.