Valencay Castle: a mystery on an alleged painting by Leonardo Da Vinci 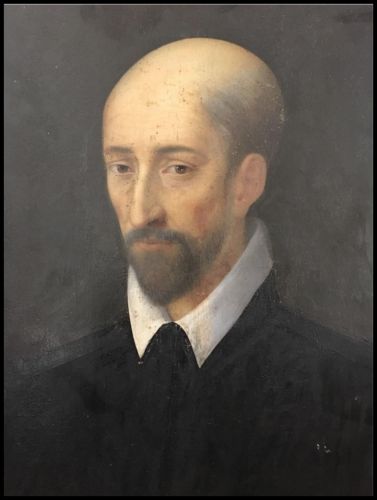 The discoveries about Leonardo Da Vinci and his works never end and this time at the centre of attention is a small painting kept in Valencay Castle, located in the centre of France.

According to the latest reconstructions, this painting represents the portrait of Niccolò Machiavelli and the work was executed by Leonardo. There is no absolute certainty about these statements, but the director of the castle has ordered an authentication that will shed light on the painting.

Until now, one can only rely on the information contained in the archives of the French historical residence that belonged to Prince Talleyrand. We are talking about a document dated 1874 which indicates that there is indeed a portrait of Machiavelli by Leonardo da Vinci. It is also clear that this work is made of wood and measures 55 x 42 cm, peculiarities that correspond to the characteristics of the work found among the reserves of the castle.

The picture found is not signed and represents a man with a beard and almost completely bald, however the identity of the subject is not known.

However, the connection between the castle archives and the work at the moment is considered insufficient to affirm with certainty that it really is a work by Leonardo, even though the painting was found among the objects belonging to Prince Talleyrand, a rich art collector who owned many art objects of great importance. Consequently, the hypothesis that this painting may have been made by Leonardo is not at all impossible.

Meanwhile, the painting was restored last summer and will soon be examined, leaving lovers of the Tuscan artist's works to dream about. Moreover, if the technical expertise were to provide definitive confirmation of the subject and the fact that Leonardo created the painting, there would automatically be the certainty of the encounter between the two Italian geniuses.

The mystery surrounding this painting is not the only mystery that revolves around the name of Leonardo Da Vinci and his works. In fact, we also remember the mystery that concerns the work "Salvator Mundi", a painting that has so far disappeared. In this case, we are talking about a work sold at auction in 2017 for the sum of 450.3 million dollars, an amount never spent before for a work of art. The painting depicting the Blessing Christ was supposed to be the most important work in an exhibition in Abu Dhabi, but the exhibition was cancelled without any explanation.

Not only do we not know exactly what happened to the painting and what condition it is currently in, but apparently, we do not even know the identity of the buyer who spent 450.3 million dollars in 2017 to win the auction. There are those who claim that the painting was bought by Saudi Crown Prince Mohammed bin Salman, but no one has confirmed this and as a result this mystery remains unsolved. For the moment there are many hypotheses, but there is no certainty on any aspect concerning this painting and it seems that there is an international intrigue around this magnificent work painted by the Tuscan genius.